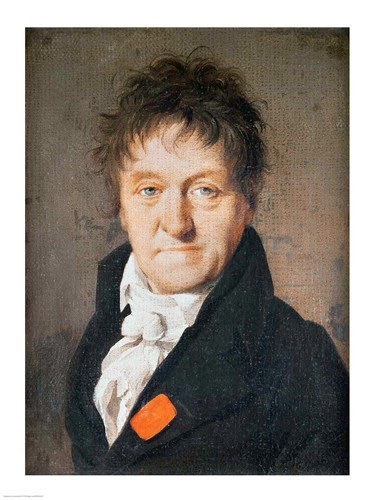 A French professional army officer who rallied to the revolutionary side in 1789, Lazare Carnot played the leading role in directing his country’s military affairs in the early 1790s during the French Revolution. As a member of the Committee of Public Safety, the 12-man executive body appointed to defend the Revolution, Carnot had the responsibility for raising, training, and employing the vast numbers of men the government conscripted. His career as a military figure continued for two decades thereafter.

Commissioned in the artillery in 1773, the young officer’s prospects in the prerevolutionary army were limited by his middle-class background. With the overthrow of the Old Regime in 1789, he found new political and military possibilities. He was elected to France’s Legislative Assembly in 1791 and to the National Convention the following year. The veteran soldier soon gained a reputation as one of the government’s military experts. His vote in the Convention in January 1793 to execute King Louis XVI exemplified his loyalty to the revolutionary order.

In August 1793, Carnot joined the Committee of Public Safety. With foreign armies threatening the survival of the Revolution, Carnot’s first military task was to stabilize and energize France’s armies along the country’s northeastern border. He personally helped to lead one army in a key victory at Wattignies in October 1793.

The dynamic military organizer then turned his attention to forming and directing the 800,000 men serving in France’s 12 field armies. Carnot amalgamated veteran soldiers with raw conscripts to form disciplined and stable fighting units, replaced lethargic commanders with enthusiastic young generals, and drew up plans for the campaigns that defeated France’s principal enemies by the middle of 1794. He urged the use of aggressive tactics, above all the use of the bayonet whenever possible.

Carnot survived the fall of Maximilian Robespierre and the other radical members of the Committee of Public Safety in July 1794. He remained an influential figure, and, as one of the five members of the new governing Directory, he continued to occupy himself with the country’s military efforts. His most important decision came in early 1796 when he appointed the dynamic young Napoleon Bonaparte commander of the French army in Italy.

Although he disapproved of Napoleon’s lust for power—in 1802 as member of the Tribunate appointed by the French Senate, he voted against making Napoleon consul for life—Carnot went on to serve the dictator. In 1814, as foreign armies moved to invade France, he distinguished himself in leading the defense of Antwerp.

Carnot was a marked man when the Bourbon monarchy finally returned to power. In 1815, he went into exile, settling finally in Prussia. He died there in the city of Magdeburg on August 2, 1823.

Posted by Mitch Williamson at 5:35 AM